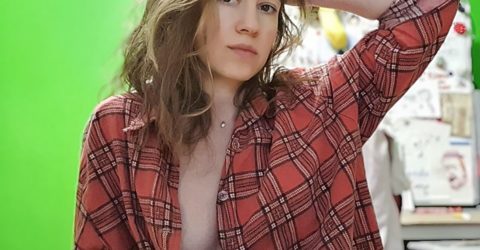 It seems to me that I have sex with a guy once every few months, and it seems to me that this is not entirely “normal”, or rather not quite “typical”. People usually say that they have sex once a day or once a week. And this is on average considered the norm for a couple. We have been together for 15 years, perhaps this is the case. When we first met and started dating, we also had sex much more often. We either studied, or ate, or had sex, or slept. Well, we walked sometimes. But in recent years, sex with us has been quite stable once a month, or even less.

We talk about it, make fun, discuss. Sometimes I get upset and cry. My boyfriend also believes that “not normal” and “we need to work on this topic somehow.” Although he himself is happy with everything. Yes, and me too. In general, for me it sounds strange: how can you fake something that really isn’t. How can you pretend that you want to have sex if you do not want to. And how can you even work on this? And is it worth it? I do not know. It seems to me that this is some kind of nonsense. I didn’t do anything special before, and my boyfriend didn’t do anything on purpose, so that we would like to have sex. So why now to extort something from yourself?

I must admit the fact that over time we got used to each other in terms of sex, and all this personally has ceased to interest me somehow. My boyfriend is also used to me. We for each other, apparently, are not of sexual interest. Although we love each other more than ever before, no matter how strange it may sound. We like to be together, we are fun and comfortable. We hug all the time, fooling around and chatting. But sex doesn’t reach at all. I donno how it works. It just doesn’t go somehow. And I don’t even want to. We both prefer masturbation alone, and this fully satisfies our libido. Well mine at least for sure.

If there is no sex in the couple or sex has disappeared, then it is believed that people have stopped loving each other and are about to leave. We have had such a situation for several years now. At some points, sex appears briefly, even becomes straight everyday, and then again disappears somewhere for months. Like the Schrödinger Cat – that is, it is not there. Or maybe he is present and absent at the same time. I think it started somewhere after 6-7 years of our relationship. But I’m not sure about the dates, maybe I just noticed in that period. That is, for about 7 years, our sex is quite “not typical.” And nothing.

Somehow I don’t feel bad about it. My boyfriend also says he’s happy with everything. At some points, we were able to somehow “breathe new life” into our sexual relationships through travel, sex toys, various experiments, etc. It’s fun. But there was enough of us for some small period. Then it just becomes too lazy to have sex again. It’s a hundred times easier and faster to share, and you don’t have to complicate your life. We are probably both selfish and lazy. We love “all for ourselves”, we love to save energy. And we don’t really strive for “living partners”, for them we need to wash ourselves, they become for us a “sex burden”, we need to pay attention to them and somehow take them into account.

I came up with a name for this phenomenon – “sexual introvert.” He prefers to masturbate in one muzzle, satisfying only his personal sexual desires and preferences. Another person, of course, can also be a source of pleasure, but it is too difficult. So well, its in FIG. Flies separately, cutlets separately. Loving someone and having sex with someone are generally separate categories. Maybe I don’t understand something in this life. But sex is very much like food to me. And I love to eat alone and it is advisable not to share with anyone. Eating with someone is also fun, but there is already interest in the conversations. And in sex people don’t even talk. What is the thing about it?

I think that the first time after meeting or in any new relationship, sex works due to the effect of novelty and due to the instinct of reproduction. That is, from the point of view of evolution, a program of procreation is launched in people, they are drawn to write letters in letters, they have this top priority. After all, you need to have time to create a new life. But if you have been together for several years, you are successfully protected and all that. That organisms from an animal point of view guess that nothing shines for them here in terms of reproduction. Plus, you already know each other by heart, no special curiosity. And sex turns off, as it were.

I don’t think that you can artificially “return sex”, turn it back on. More precisely, yes, of course you can! You need to communicate with others, jealousy, betrayal or hints of them, competition, change of appearance and behavior, etc. Yes, this is likely to work. But not for long. There is no magic that will forever turn on something that is turned off by our pretty smart organisms. If you don’t feel like eating a cake, then don’t wrap it in sausage in order to eat what you really don’t want. I trust my body, I think that he is well versed in what I need. Usually, when something is wrong with me, I feel it.

In terms of sex, I don’t feel anything negative, I don’t feel any deficit, as if I had been missed. If I have a desire to have sex with a guy, this is usually realized. There are no visible barriers. His idea is the same. You can be upset and worry about the fact that we do not experience sexual passion for each other, that our bodies for each other, although they seem beautiful, do not cause any kind of sexual compelling impulses. It actually sounds a lot sadder than it feels in reality. In our ordinary life, we just sit in each other’s armpit and carry on all kinds of conversations, watch movies together, play and all that.

Probably the saddest thing here is that our sexual desire for other people is potentially many times higher than for each other. After all, everything is OK with sexuality in general, we are healthy and young. And if you imagine that each of us is now not paired with anyone, makes some acquaintances, falls in love, etc. It’s obvious that in such a “new history” sex will start again, as it started at the beginning of our relationship. That’s how it is. But then time will pass again. I don’t know, maybe there are people on earth who have sex all the time on the same level. But that is not me. My sex works somehow differently. Well, okay.

This, in principle, does not soar to me and does not cause any desire to “go left” or even “swing” and so on. I just changed the need / desire in terms of sex. As people change their appearance over time, their hair turns gray, their tastes and opinions change. I began to relate to sex a lot easier. No – excellent, yes – even better. To do something on purpose to “attract your male” is mine, and I don’t see the point. Sex is about naturalness and some kind of prevailing moment, and not about “new lace underwear and hours of preparation.” Either there is some kind of sexy vibe, or it is not there. It is probably possible to play, but what for? Type fake, anti-u make-up.

Sexual introvert is a rather atypical character. Well then? Well, do not throw it out on the street now ?! 🙂

One thought on “18+ Sexual Introvert”