I want to move! Traitor of the homeland? 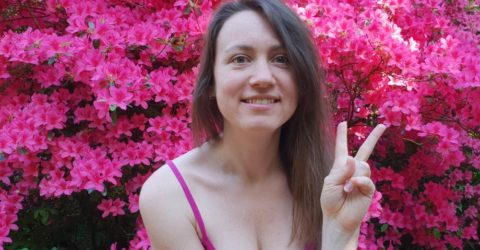 I was born and spent most of my life in Moscow. And I previously believed that Moscow (for the rest of Russia I will not say, I have not visited much) – this is the best place on Earth! But one day I went to the graduate school for a year in Holland, and my life turned over. I suddenly realized that in Europe people really live better than in Moscow – better, i mean, more rich. I was so impressed with the quality of living that I, a representative of the Russian middle class, really were amazed.

At first I missed Moscow very much, after half a year in Holland I returned to Moscow, I was lucky to have an excuse to come to Russia – to defend my diploma at the second MSc in Moscow State University. Airplane, lovely Sheremetyevo, park, house. Everything was delicious and joyful, but it was somehow difficult for me to breathe, I had the feeling that the air stinks. I did not want to breathe it in full lungs. When you live in Moscow, you just do not notice it. But what can you do – it’s megacity!

I was going to buy sweets for tea. Cool! And what about our curbs? I’ve never noticed before that they are so … am … lopsided and uneven. Pyaterka. Oh God! Why is everything so dirty, careless, sellers are gloomy? This is such a wild contrast that it penetrates right through. You suddenly realize that the quality of living is not just a figure on the site, it’s also a lot of small things, from which a comfortable life is built.

Where are the ramps and toilets for the disabled people? Where are the bike paths across the city? Where is my fresh salmon and parmesan, I fell in love with which in Europe? Where are the rich and traveling pensioners? Where is the scholarship to the graduate student 1500 euros – why is it paid in Holland, and at Moscow State University – live as you know for 800 rubles? And she lived after all. And without clean toilets with toilet paper lived the same. Well, there is Gayrope, infernal taxes, debauchery! Yes it’s all nonsense! All except taxes.

This feeling is similar to that I once started repairing an apartment. Before that, I just did not pay attention if the tiles had disappeared somewhere or the wallpaper had faded. What’s the difference? And so it is excellent, yes it is simply magnificent, where it is even better ?! And now we have made repairs, and … oh, horror! I began to notice, how the parquet is laid, where it is time to paint the walls, where the tiles have long been gone. It’s one’s persons’ rights to repair house or not – everyone lives as they want. Another fact is the city, the district or the country. When will toilet paper appear in all public toilets in Russia? Suddenly will I not be live?

And here you will say: how can this be? Motherland, home, fatherland, we. Let’s improve! This is your home! And if not, you’re a traitor! Okay. Someone in Russia live happier – taxes are lower, nature is richer, movies and vodka, wages and beer. Studied? Work! We live here beautifully, so they tell us, and we think the same way. And you – just a crazy bug!

And here’s something else you can say:

“I like to be in third roles in a foreign land, for God’s sake!” Still nobody canceled the filtering of the population, and there were traitors in WW2. Yes, they took it, put a white bandage on their arm and went on choking their own neighbors: you and your husband are typical converters, opportunists. To people like you, the worse the house, the better for you. “

To which I want to immediately answer:

About this topic, I recorded the video, just like you say, just not by your words )) Everything is much simpler – I have a house, this is where me and igroglaz stay. And the dream house is where the conditions of life are most comfortable in my point view. The better is everything in my personal home, the more happy I am.. But the house is a moveable concept, not static.

When you thought and chose your home – in Russia, in Namibia or Canada – what’s the point of decrying the choice of another? After all, each has its own priorities. And if you sort out your question line by line, then everything in it is clear as a clear day:

See you! By the way, here you can write comments!