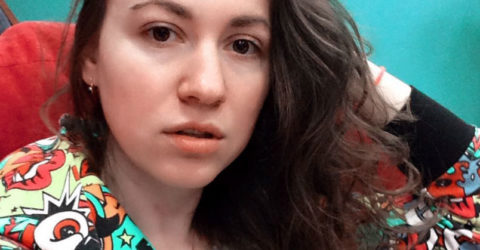 I was recently asked a question: “Is it normal that the period went again after the end of menstruation?” Let’s discuss. First of all, let’s define what is the menstruation. Women monthly period (or menstruation) is a period of the cyclic changes in the female body, characterized by clear secretions of blood and mucus (menstrual fluid). On the 14th day after ovulation, menstrual periods start, which can last an average of 3 to 9 days.

Can the following menstrual periods start immediately after the end of previous menstruation? In theory, this is unlikely to happen. Because for the beginning of menstruation, ovulation must be performed first. One ovulation, one menstruation. There may, probably, be different malfunctions and ovulation may somehow shift. It is better to clarify with a specialist – go to a gynecologist and take tests + make ultrasound test. Another situation may also occur when it seems that the second menstruation started immediately after the end of the first one.

But still, why did the menstruation end yesterday, and the next day it gets dirty again?

The fact is that after the end of the menstruation there are “remnants” of the menstruation inside the vagina, and after the main blood release there can be residual processes. That is why, you might think that menstruation finished, you have not been wearing a pad all day, but suddenly on your underpants appear reddish or brownish spots. What is it? Again menstruation? Usually, these are simply residual excretions, which are gradually removed from the vagina.

There may be another option. Reddish or brown discharge may go on by itself during the cycle, regardless of the period’s day. Someone even calls them brown menstruation )) Although this is not menstruation, but another type of excreta. This can be due to both genetics (even with excellent health), and with certain diseases. So it’s best to contact the doctor to clarify your case.

No comments yet Categories: Beauty Guild, Intim
← Mercantile girl
What am I dreaming about? →