Our day in Utrecht 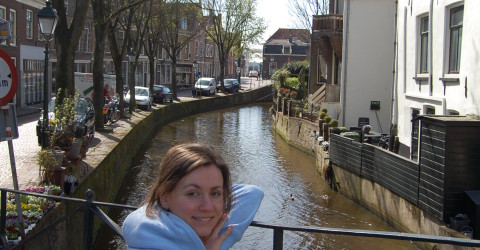 Morning – went to Utrecht.
played poker on the train
Hired a catamaran for an hour
They got lost (drove the necessary turn), drove at all times, met a broken boat with a couple and towed it to the pier;
With difficulty (with music), but actively hardcore we reached the pier (traveled all Utrecht unknown to us);
Due to towing, we were forgiven 40 minutes of riding;
In a poppy duck, I went to Kolya’s tubz for free, the latter spent 10 euros randomly found, because the bank card was without money.
They took 2 tremendous 0% of yogurt, 1 of them was eaten at the end of the day (looking at yachts + feeding ducks with prunes and raisins from yogurt);
We were at the festival of subcultures, sausages to music, bought an awesome T-shirt, sorry without pictures (here’s the duck);
tried nat potatoes in a bag;
We saw adults and young interestingly dressed people, beautiful buildings;
We drank beer on a single sunny spot in a cafe on the canal;
Played at the casino for the first time – won!
On the way back we met a priest who played poker with us on the train;
Wrote in the Netherlands Grove (near Benecom)

No comments yet Categories: Blog
← I am not a businessman
We are touring St. Petersburg and its suburbs →