Soviet myths about living in Europe 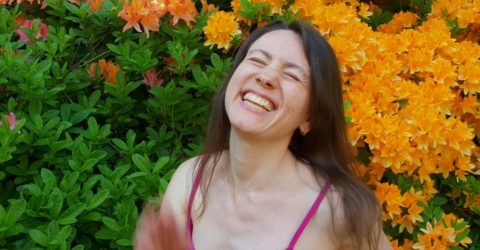 A person can be taken to Europe, but if this person is a Soviet one, then even in Europe he will live with his soviet ideas of peace and life around him. And to be living in a free progressive country to have the same free and progressive views, sometimes the lifetime of one person will not be enough, but rather – a couple more generations will pass, when the children will no longer be children of Soviet parents, but children of free people.

And I find that excellent confirmation in the comments under my video on YouTube, in which Igroglaz and I share our breakdowns in the search for work related to YouTube and social media in the scientific community – the University in the Netherlands:

As an example of the surviving Soviet myths about life in Europe, and about life in general, let us analyze the following statement of the viewer:

I have been living in Germany for a long time, and I can even say why you did it. I think the rules in Holland do not differ much. 1) you do not speak the language, now Europe is crowded with such people, 2) you have not prepared – here all these nuances attach great importance 3) your kind does not inspire confidence 3) in Europe, people’s success is measured primarily by material values, so that you have already reached in this life 4,) you are already over 30-if you had come so at 20, you may have been given a chance, but when a person for 30 claims other 4) idealism, which nobody needs here, you need to work and make a profit Well, there are many more points. Wish you luck!

An excellent example of the perception of life according to the Soviet pattern, namely:

Myth 1: Local language – as a necessary condition of life and employment in the country. For staying or working In Russia and in any other country a sufficient condition for now is the knowledge of English language. Learning a local language is welcome, but is not a must have.

Myth 2: The appearance should be “like everyone else”. Formalized appearance of a person has been a thing of the past. Today, the choice of clothing and style is determined only by desire. Business style, casual, creative – depends only on the working sphere and interests of a person. And if we are talking about the scientific environment and the creative environment, the appearance of man does not have any restrictions at all; is not a factor of reliability.

Myth 3: The success of a person is determined by material values. In Soviet times – yes! After all, at to buy a car was a real achievement at USSR. In Russia, the “show off” psychology has remained out of the habit, but not in the free richer developed countries. Whatever you do in Europe (any work), you will have money for housing, food, medicine and transportation. If you are unemployed, you will be paid an allowance, even 300 euros, but you can survive with them. Success, in a professional sense, is determined only by the portfolio, experience and completed projects.

Myth 4: The age of 30 is almost too late. Another Soviet prejudice from the series like “lose a year,” “you’re 25, and you’re not married,” “it’s old for delivery babies at 27 years or later” “it’s too late to change something.” In reality in Europe, America it’s just typical to start master degree at 30 years old, I would not take into account PhD (who might be even older). People under the age of 30 rarely think about family and especially about children. So the age of 30 years is the age of study, growth and self-realization. Search yourself.

There are still a lot of myths from the past that are densely populated by people in their heads. What pleases me most is that these are just ghosts of a bygone reality in which I was also born, but thank God I didn’t liv there for long time, behind these closed shutters without the fresh air of freedom, creativity and individuality!

Life is beautiful in its changes!

No comments yet Categories: Blog
← I want to move! Traitor of the homeland?
Natural eyebrows →