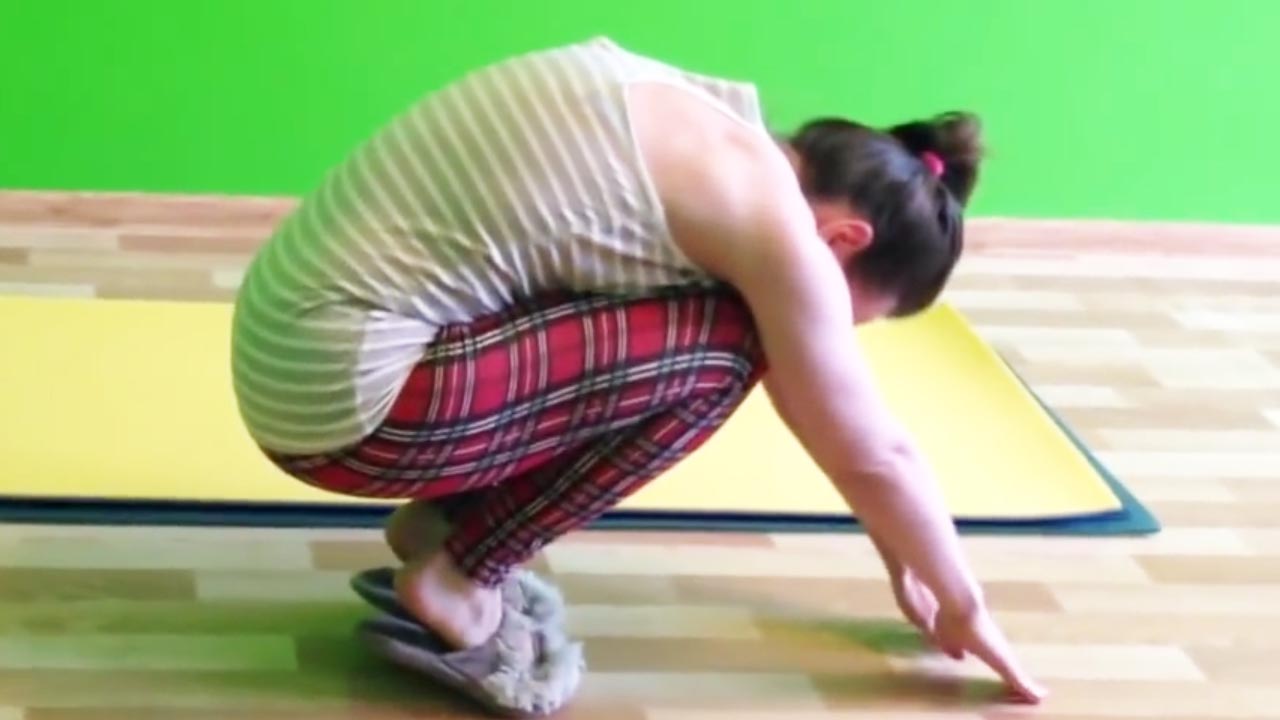 Someone from Moscow during the JUMP period:

The Doctor – the chief doctor.

Nathan Stepanovich Li – the head of the special commission;

Karin – an assistant to Johan

Employees of the IT company:

Scientists from the University, their families:

Professor Petr Antonovich Dolmachev – the head of the department

— If everyone jumps out of the window, will you jump too?

CHAPTER 1. ONE MONDAY EVENING OF ONE DAY OF A YEAR

What did he mean?

On the radio, Bach’s clavier concert is announced, and music begins that sounds like a cosmic wind. The wound machine twitches to the beat. I stretch out on the seat and feel that now I will cry. I do not want to go home at all. A also I had to park nearby the garbage container. I do not like to put my car here, it’s much better to park in front of the entrance so I can see the car from the window of my house. Alarms are often buzzing at night, but they are all so similar. Yegor goes down every time from the 9th floor, just to make sure that it’s not our car screaming, it’s awful! But what can you do. It’s already 8:30, all good places are occupied.

I listen to music and cry, I feel sorry for myself. Work-study-home-work-husband-dog and so on in a circle. I’m not a circus dog, why am I running to get fed in this stupid office apron? The music abate and some man begins to convince with a forceful voice that, “Johann Sebastian Bach, when he was creating his work, wanted to say …”. I muffle the engine. It’s impossible to listen! How can he know who and what he wanted to say? If a person wants to say something, then he says it. Or writes. Will someone draw nocturnal scribbles if he really wants to tell someone something ?! What a nonsense!

I decided to stay in the car for a while. For some reason I remembered an old trip to the sea with my parents. Probably someone goes through high cypresses along narrow paths in that place right now, overgrown with strange herbs, down to cozy stony beaches. Children and dogs, all rush up and down the paths and stairs, either one after another, or they are on their own. They are on their own, he is on his own, I’m on my own.

Why do I always cry when I think of the past? The past time is very insidious. I want it to be remembered, tell stories. With anticipation, you start to descend into this dark treasure chest of memories. There are laughter and grandmother’s buns with sugar, and colorful kittens, a river, apples in a strange garden. But there are also ghost people, those who come only in a dream and communicate with me without opening their mouths. Did you see this, too?

I take the bag and go home. Yegor and the dog wag their tail greetings, warm supper. On TV news: “Mass suicides are continuing. Scientists associate suicide with the global economic crisis, and politicians argue that the reason is aggression in Hollywood films and computer games … “.

“Can you jump out of the window for money?” – said Yegor

– (You can, if someone has as few of them as we do!) – I thought, but decided not to voice this platitude. Probably, every second inhabitant of the Earth agrees with me in this thought. Aloud I said another thought, because of which me and Yegor will not quarrel:

– What’s inside the pie? Fuuh, I do not eat almonds, “said Yegor, and began to examine the label.

– And I love almonds.

We are very similar with Yegor, but his fastidiousness in food, “I do not eat this, I do not like it” previously led omnivorous me to fury. How can you not eat red pepper? Sweet red Bulgarian pepper? Okay, hold on. To eat a vegetable salad or Olivier sald, he first divides it into a bunch of ingredients. Oh yeah, he does not like mayonnaise either. And the olives.

– They are so not right about the epidemic! People used to jump from the windows, “said Yegor.

– But not in such quantities.

– Tonya, but they do not say anything about the quantity. “More and more”, “the number of deaths is increasing”. And how much? Not a single number!

Yegor rolls his eyes and we sigh.

“Have you ever wanted to jump out of the window?” – I say after a pause.

– Yes, it was in my teen-age period. First love.

We stared at the TV, where they showed us in an anime-like disheveled guy and a nervous girl dressed like a typical geek, who wailed “He’s crazy! Poor! Just pulled off the reels! “. It was reported that this guy almost jumped. He was rescued by her sister, who entered the room when he was already standing on the windowsill at the open window. She ran up and grabbed his trousers with all her might. And he did not resist. He calmly descended to the floor. He says that he was not going to jump, just decided to look over the clouds.

– “Look behind the clouds”? What did he mean by that? The reporter asked the victim’s sister.

For already half an hour I walk back and forth on a long four-lane crosswalk from the University to the metro and back, waiting through the red lights to find a solution. Victor Tsoi’s songs are in the ears, and sadness is in the soul, so sorry! Five years of study.

It did not happen to find a common language with the Professor, and my study in graduate school flied to the pipe. Another hour and asshole Dolmach (wish he had jumped out of the window!) will give me refusal documents in the training. Think, head!

– Excuse me, how can I get to the circus, will you help me?

The guy turned around. Next to him the girl crossed the road. The guy saw her big eyes and plunged into a pleasant cotton wool of memories, as if he had already seen somewhere these kind, radiant, laughing eyes. Eyes, the most beautiful of which he could imagine nothing. He again became numb, stumbled over the curb at the end of the crossing, nearly fell. He laughed, again clung to the eyes that smiled back at him, beckoned him, carried him into the world of dreams, it was so cool to look into his past through this suddenly opened portal of time, taking him to the place where it was always warm and safe.

– Circus? Yes, go straght and then turn right through the crosswalk. A building with a flat roof, see?

The girl smiled. And then the guy saw that next to the girl is a boy of about five years with a very serious, even gloomy face. It’s amazing that there are such sad children. Where does this five-year-old man have such problems, because of which he can create such a sour face? Or maybe sad children grow to sad adults? Was he himself as a child as depressed as now, the guy did not know. He has only group photographs that were made in the school once a year. And in these photos he never smiled. And who smiles at such official events?

The girl was already approaching the next crosswalk, as the guy woke up from his reflections and felt a sharp physical pain in his chest, which this time could appear from a large number of energetics drinks per day, but the guy interpreted it as a call for urgent action. He suddenly realized that he must look into these eyes for the rest of his life. After catching up with the girl and the boy, he introduced himself awkwardly and embarrassedly:

– I’m the guy from the crossing. You asked me how to get to the circus. And I had to follow you. And now I am here. (And I want to look into your eyes all my life!) And I thought I can show you the road to the circus, if you get lost ..

“We will not get lost,” the boy said sharply.

Meanwhile, a naked man of about 60 yearls old entered the bathhouse on the other side of the city. He was very excited. As the head of the special commission on suicides in the country, he understood that the matter was much more serious than had to be told in the media. Every day, hundreds of thousands of people voluntarily jumped from the windows from high floors. Why did they do this and why did the situation become acute now? He did not know. No one knew. Different specialists offered new theories every hour, rescue services invented new precautions, the best scientific groups tried to find a solution to the suicidal problem. But people countinue to die. The number of people voluntarily leaving the Earth scary the remaining ones, and what to hide – this scary the naked man in the bath too!

As a child, he lived in a village, where every Tuesday on Tuesday they heated the bathhouse. It was a day of special happiness. The day before the bathhouse it was possible to roll out in mud and sand, to smear hair and clothes. And what? So what? If today in the bathhouse day! In the bathhouse he was flapped by a real birch broom, it was painful, hot and very cheerful. On a bath day, tea with dogwood was necessarily poured, there were pancakes, boiled potatoes and a lot of strawberry jam. He loved these gatherings of adults, when his grandfather drank a glass of vodka, became red-cheeked, satisfied, played chess with him and allowed him to do everything his childish soul could do! And if grandmothers and auntie started to wail, the grandfather would say to all of them “it’s my grandson, I let him do everything, let him be small devil while he’s a child”. He said that confidently and loudly and everyone obeyed. And the demonie raged with all his might.

(the rest of the book is in Russian for now)

No comments yet Categories: Jump (en)
← My mission on Earth
Office (novel) #1 – Beginning →