What should I do next? 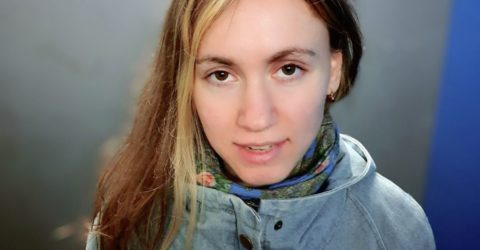 Some thoughtfulness visited me. Should I do something like “my course” as everyone else? To write a book? Sell ​​knowledge and experience? Make a merch? Buy an ad for my channel? And a bunch of some stupid thoughts like “how could I take all my subscribers with a magic wand and turn them into banknotes” … Do you want to become a dollar? A hundred bucks? Everyone will want you, will desire you and lust for you. They will not refuse you anymore, they will gladly let you into any house, and someone will even hang you in a frame. Well, everything is better than the ordinary life of the average lack of homeiness.

What? No? Still want to be human? Okay. So be it. Stay people. I’m even thinking of closing Patreon, because in a month I realized that there’s as much hemorrhoids from him as from any “one more project” that I still have no time to do. Four good people supported me! It was as cool as ever! But now two have already unsubscribed. And it’s even somehow uncomfortable for the rest that there are only two of them. It seems to me that it will be psychologically difficult for them to unsubscribe, because there are so few of them. In general, the fewer participants somewhere, the more noticeable their actions. In general, I just want to say that I will not think about you even badly if you just unsubscribe. Truth 🙂

Do you know what is cool? That I completely lost regret that I did not start to lead Patreon earlier. After all, I had been thinking about him for about three years, and all pulled the cat by the tail. I had to try to understand that this is not mine. It’s not even that I didn’t succeed, because I really didn’t really try. She talked a little about this option, did not make any further explanations. The thing is that the format of Patreon itself somehow did not go to me. I liked the first days, I created “awards”, drew pictures, invented all this. It was the best moment. Then the first bullets, too cool! And then I began to feel some kind of responsibility for all this, so I need to draw postcards, now I need this, I need this. You need to go to this site, suddenly someone will write or a new cartridge will appear. Etc.

Although I like to draw, I like to respond to comments, and even big cuties have subscribed to me at Patreon, I still somehow felt a little tense. Still people transfer money to me in the format of Patreon, and this implies some kind of obvious return. You need to somehow “entertain” subscribers, you need to do something useful for them so that they want to stay. This is the feature of Patreon, as I understand it. In general, now I think that sooner or later I will just close my Patreon. I can’t say for sure that a solution has not yet been formed. Maybe it’s just some kind of disappointment in myself. And the understanding that I just do not have enough focus of attention to develop it well. I dont know.

All people have some kind of “business”, courses, beauty salons, cafes and shops. And I don’t even want to sell stickers. What is wrong with me? I would like to make more money on a laptop and a house. But it seems that I do not want to do everything that other people do for this. It seems to me that it is very boring. I don’t want to sell ads in my videos. I don’t want to teach anyone anything. I don’t want to “improve the quality” of my videos, and that suits me. In general, everything suits me, except that I do not know – “what should I do next”? So that on the one hand I liked it, and on the other – it brings money. Because I like making money doing what I love. Well, I have such a fetish.

Now YouTube brings $ 700 (~ 45,000 rub) per month; sites $ 20 (~ 1300 rub). From external work, we still get about the same. I provide consultations of ~100$/hour (7,000 rub/hour), but few are willing to afford it. Pictures are exhibited in the gallery for good money for me, but so far no one is ready to purchase them at this price. There are two powerful Patrons on Patreon, feeding us up for $ 13. Sometimes someone throws a few dollars in donations. That’s all. At the same time we spend per month, I think, about 460$ (30,000 rub) for food and all that. Another rent, internet, phone, taxi. In the last month, about 770$ (50,000 rub) were spent on dental treatment for a bear. In general, our balance converges normally, but frankly not with a big plus.

And so I look around, where all the bloggers are somehow smartly monetized. I’ve heard so many times that “if I had such a channel as yours, I would have already earned a lot.” And I’m so … hmm, huh? Well, maybe I just don’t understand something in this life. More precisely, I really don’t understand something. Namely: how can I continue to do what I love and at the same time monetize you all, ponytails? 🙂 Abra cadabra! I thought Patreon would be the answer to this question. I thought this was the best way for me. I really thought. But now I understand that it is necessary to promote it, it is necessary to explain, it is necessary to somehow conduct, it is necessary … Damn. Why is it so complicated ?! But YouTube is not at all difficult for me to do. I shoot videos generally incredibly easy. These text posts are also “you can’t imagine any easier.” Here is what I like!

Why is it believed that “you can’t catch a fish from a pond without difficulty”? Because fairy tales are written by smart adults for not-so-smart children, such as to instill in them skills and qualities that are “useful” to already smart adults. Labor – I do not like this word, it is cognate with the word “difficult”, and I do not like to work. I like to have fun, I like to mess around. Therefore, I shoot videos and write everything, since it is not difficult for me at all. And it’s very easy and simple. And internet pay me money for that, which could not be better. But the amount of money is just to minimally support our life. What else I can do for fun to generate some more?! Nothing comes to mind.

I will think further.

No comments yet Categories: Blog
← My first and only one … patron :)
18+ Sexual Introvert →